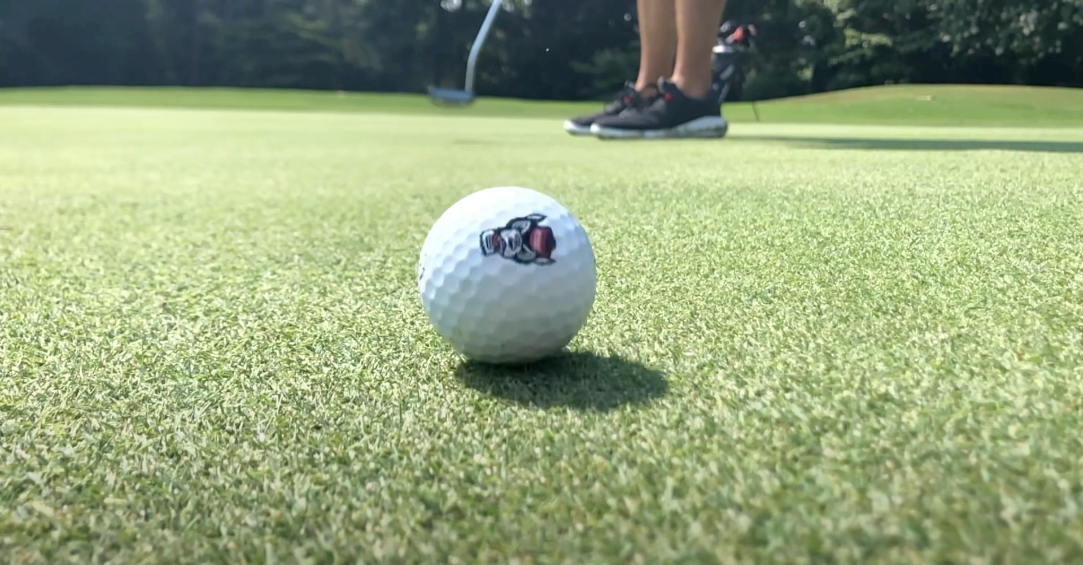 Is your game stuck in a rut? Are you considering buying a golf motion sensor to analyze your putting stroke? If so, read on. I’ve been there and here’s my advice to you: proceed with caution.

It is entirely possible to become to mechanical with your swing and this is especially true with putting. Having played golf for 30+ years, I’ve had good runs of putting and bad runs of putting and the one thing that remains consistent is that when I start thinking about my stroke, I putt worse.

Those moments when I’m thinking about elbow placement or making a straighter back and forth stroke is when I’m almost guaranteed to miss the putt. I don’t exactly know why but I’m sure you’ve been there with some part of your game and the only thing that gets me out of it consistently is getting my mind out of the way and just swinging.

Same thing with shooting free throws or bowling a strike, the more I think about the mechanics the worse it gets.

So How Do You Improve Your Putting?

Last year, I went down the putting transformation road. I was a great putter when I was young and then felt like everything went bad the last few years. I had practiced so much that I become mechanical and couldn’t remember how to take the putter back.

Eventually I had to take a step back. I realized I just need to focus on making more putts. Forget all the technical mumbo jumbo and focus on getting the ball into the hole.

Look at the hole and decide the best way to make the putt. Your brain will do the rest. It will get your hands and body to do the rest. There are some drills you can do to help w/o becoming a robot putter and we’ll get to those below.

On Ep 255 of the No Laying Up podcast, Brad Faxon is talking about helping Rory McIllroy with his putting. All they did was talk about Rory using his natural ability to actually try to make putts. They weren’t focusing on mechanics but more the mental focus on making the putt. In Rory’s words, it helped him more than anything else.

Another key for me is the way I approached the putt mentally.

I wanted to focus on positive thoughts instead of negative. I would tell myself to hit is past the hole rather than being worried about being short because our brains are good at doing things and aren’t good at NOT doing things.

If you have good contact with the putter, the rest doesn’t matter. Speed and line are the important factors in putting. Visualize the ball rolling on the right line, just past the hole and you’ll make more putts.

Accessories & Drills to Improve Your Putting

There are some drills and practice routines that you can do to improve your putting. The three biggest gadgets that impact my putting in a positive manner was getting a putting mat, a putting mirror and some gates.

My single favorite putting accessory is a putting mat. I ended up with the Perfect Practice putting mat after doing hours of research into indoor putting mats. A lot of them rolled well but I really like the small hill, the ball return and the hole. I’m not a fan of the mats without the holes in them, it just wasn’t as satisfying to practice on.

And practice I did, and still do.

Having a mat at home allows me to throw down 20 minutes of putting practice at a moments notice without worrying about driving to the course. As a side note, an added benefit of having a putting mat is the wife and kids also use it getting in extra practice, even if they are just doing it for fun. It’s great for my 7 and 4 year olds.

Additionally, I got a template to draw the triple stripes on my balls that I use for practice. It’s just a couple dollars but visually pleasing and helpful to see the end-over-end roll. This is the one I got for $3 from Amazon. Callaway has triple track balls that work and rub off a lot less and Srixon has the Divide series balls which have been impossible to find during the pandemic but apparently are back in stock in a lot of place. I’ll be doing a post on those for sure soon.

I’ll admit, despite nearly every tour pro carrying one of these in their bags, when it was recommended to me, I was skeptical but I can safely say the mirror is great. It allows you to get lined up check your eyes, check your face alignment and forget about it which aligns with the ethos of this post. Get set and forget it, just putt.

There are tons of mirrors for putting available. I ended up with this one based on the recommendation of a friend but additionally, it has the holes that allow you to track putter path with tees when you’re on a real green.

Putting gates is another one I didn’t believe but when practicing at home, having them to help dial-in your aim is a life saver. These are the ones I ended up with via a friend but there are dozens of ones to choose from and plenty of mirror & gate combos. If you’re just practicing on the green, you can get the same affect with two tees spaced 2-balls apart.

I don’t use these too much these days, they were good early on but now I pull them out when I want to do a quick check to make sure my contact is square.

I’ll be honest, I went to Club Champion to do a putter fitting because I was in this putting funk. They hook you up to the SAM Lab machine which is a $50,000 machine that measures every little thing about your putting stroke.

I was fascinated and I really enjoyed the experience. In the end, they didn’t try and sell me a putter. He took a look at my numbers, adjusted the lie of the putter to fit my eye better and essentially said “your stroke is consistent and relatively straight with a 1.4* open face at impact which is pretty good, just go make more putts.” And that’s what I did, it got me back on track with the confidence that I was making good strokes and just had to focus more on speed, line and getting the ball into the hole.

The Blast Motion is the same concept but in a ~$100 sensor you add to the end of your putter grip. I plan on trying it and creating a piece on it (cough, it if anyone from Blast is out there reading this cough), but wanted to warn folks about being too focused on the technicalities. I’ve been there and don’t want to go back.

I’ve heard horror stories of folks getting laser focused on tempo or some other stats and losing sight of the end goal, making more putts. In the end, tempo really doesn’t matter. If you don’t have good contact, work on gate drills and center strikes first with good alignment and you’ll hole more putts and shoot lower scores.

But as my SAM Lab experience showed me, those same numbers can re-introduce confidence into your putting game but shouldn’t be the holy grail. Everyone is different and everyone’s stroke will be different. Use smart processes, smart practice and a little data to refine your putting and knock strokes off your score.